Tolerance has a Tipping Point 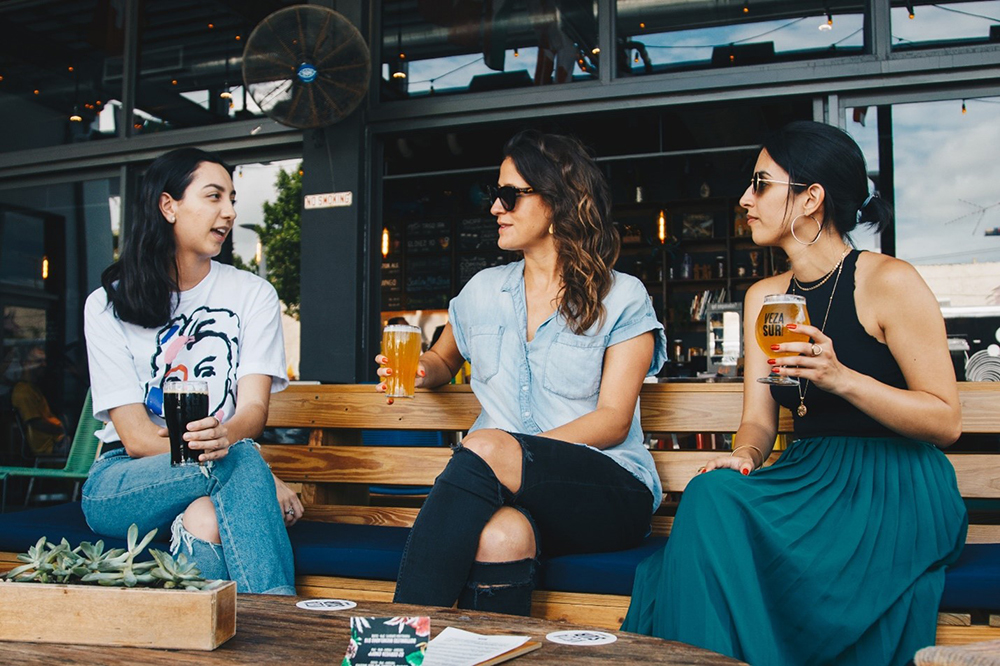 My nephew Nick asked me to re-read the Harry Potter series with him this summer.

It didn’t take much convincing because I love the Harry Potter saga. I just finished The Order of the Phoenix, and Nick’s halfway through The Half-Blood Prince.

Nick texted me last week, saying how much he loved this comment to Harry by Sirius Black (Harry’s godfather and one of the good guys): “This isn’t just about good wizards fighting Death Eaters (bad wizards). There’s a lot more to it.”

That, said Nick, sums up the whole series.

That, in my mind, sums up everything.

It sums up the question that led Stanley Milgram to conduct his famous experiment on how far people will go in their obedience to authority.

And also the question his colleague, Philip Zimbardo, sought to answer a decade later through his prison experiment—whether power abuse was dispositional or situational.

And Hannah Arendt’s lifelong exploration of how society slips into totalitarianism, or more to the point, how do people permit evil?

Sirius Black is right. It’s not just good guys versus bad guys. It’s the enabling of evil through denial and opportunism.

In the case of Sirius and Harry Potter, it was the Ministry of Magic, the wizarding governing body that refused to acknowledge the rise of the evil wizard, Voldemort, because of the threat it posed to their power.

I don’t particularly like the word “evil,” because it calls to mind something uncommon and unthinkable... but this is what JK Rowling gets so right in the series—bad actors are empowered time and time again by enablers, deniers, opportunists, and even well-meaning folks who appease when it would be more productive to counter and defend.

When it comes to understanding how society can slip into, tolerate, and even embrace evil, I look to scale. How do these things happen on a small scale, in the places we live and work—organizations, teams, and communities?

Evil may be too strong a word, but there is a slippery slope when incivility, bullying, and casual acceptance of misogyny are tolerated and excused by those in power.

A culture is defined by the worst behavior tolerated
-@JohnAmaechi

When it comes to the misuse of power, it’s the slow drip, the steady incremental reshaping of norms and expectations.

It’s less about what we do, and more a matter of what we ignore. What we fail to act on. What we excuse and explain away.

As Arendt wrote: “What convinces masses are not facts, and not even invented facts, but only the consistency of the system of which they are presumably part.”

Think about the HR person who handled Susan Fowler’s (and other female employees’) complaint about sexual harassment at Uber.

Fowler (and others who complained), were told it was the manager’s first complaint. HR did nothing. She finally took her complaint to Uber’s chief technology officer, Thuan Pham, who also did nothing.

Did HR, Pham, and others have a strategy to ignore complaints? Was it part of Uber’s business plan to tolerate sexual harassment?

Of course not. It was normalized behavior because people did it without repercussions.

Time and time again, when the hammer finally drops, the culprits in the end are not just the bad actors, but the inaction, the excuses, and the tolerance of those bad actors:

But here’s the thing. If culture is shaped by the worst behavior tolerated, then it means culture can be changed by changing what we tolerate.

And we all play a part in what society tolerates.

1. Consider Your Sphere of Influence

Think of your individual actions as culture shaping actions:

How will your actions influence others? What would your workplace, your neighborhood, or the world be like if we all thought that way?

2. Be a Better Bystander

Bad behavior flourishes whenever it isn’t called out. It is emboldened when people look the other way.

Enabling is not always malevolent, it is often just people not knowing how to speak up, feeling awkward raising an uncomfortable topic, or fearing for their own job if they blow the whistle.

But one person speaking up can make all the difference.

Being a bystander doesn’t necessarily mean whistle-blowing; it can mean simply raising a topic.

Studies have shown that just naming sexual harassment as an important topic, can help reduce its occurrence.

When you speak about something, you signal to others that it’s important. And if you have power—by virtue of your role, your popularity, or your thought leadership, use your power to raise the topic and start the conversation.

Do something at the level you’re at right now. There is no "perfect time."

3. Remember, Tolerance Has a Tipping Point

Abuse of power is always an open secret.

Everyone in the entertainment industry knew about Harvey Weinstein, Les Moonves, Bill O’Reilly, and Roger Ailes.

Everyone in the USA Gymnastics leadership knew that Larry Nassar, the team doctor, had been sexually assaulting athletes for decades. Reports of sexual abuse by Catholic priests in the United States date back to the 1960s.

These abuses were finally litigated not because they were uncovered, but because we reached a tipping point in our tolerance. Behavior is always tied to social tolerance.

The behavior creating toxic workplaces happens under the pretext that “everyone does it.”

Everyone does it, until suddenly they don’t. Society reacts. And that's when change occurs.

Suddenly we’ve reached a tipping point and it’s no longer tolerated—like smoking in public places or hitting children in school.

This is why #2—speaking up—is so important ... it starts to build a slow momentum towards intolerance. Nothing happens all at once.

So next time you hear the refrain, “but everyone does it,” remember that even a lone voice, your voice, could be what pushes society to its next tipping point.