How Can Leaders Continue to Learn Beyond Success Stories?

This article was originally published on COACHA E-Newsletter on November 15, 2021. 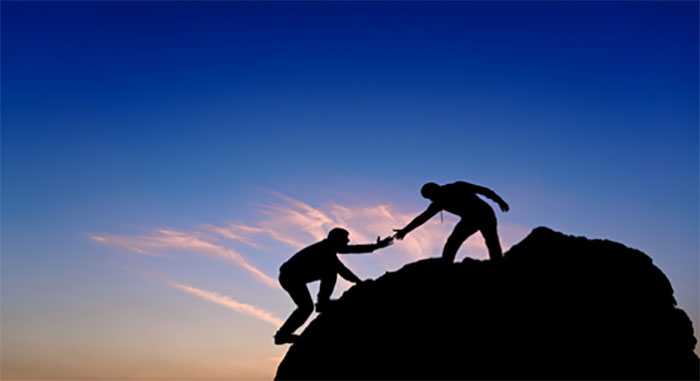 How Can Leaders Continue to Learn Beyond Success Stories?

I invited Kanetsugu Mike, Chairman of Mitsubishi UFJ Financial Group, to our online forum for an interview. The title of the discussion was "The Essentials for Executives to Continue Learning".

I have known him for several years now. Despite being the leader of one of Japan's leading mega banks, he has been a very friendly person whenever I see him. What always strikes me is his sincere approach to learning. He listens very carefully with his humble attitude not only to me, who is almost 10 years younger than him, but also to everyone else.

I had a question I really wanted to ask him for this interview:

What Does it Mean for a Person to Have a Belief?

There are merits and demerits to having a belief. The merit is that you can make decisions quickly because you have your own map called a "Belief". On the other hand, the demerit is that it makes it easy for a person to move in the direction of protecting his or her beliefs. When things are not going well, we tend not to think that there is something wrong with our beliefs. We believe that our "beliefs" are correct and that our "surroundings" are to be blamed.

Everyone has their own beliefs, however, especially executives who have climbed up the organizational ladder with many success stories are inclined to have strong beliefs. Beliefs play an important role for executives who have to make big decisions with speed on a daily basis, but on the other hand, if they stick only to their "right" answers too much, they may miss out on opportunities. How do they overcome this dilemma?
I have asked Mr. Mike that question.

Ask Yourself if you Are Humble

He told me about the former CEO of JP Morgan Bank. The name of the CEO was Dennis Weatherstone.

Mr. Weatherstone was born in South Africa and joined the London branch at the age of 14 as a bookkeeper. Then, in the 80's, when JP Morgan was known as the top of the banks, he worked as a trader and dealer and finally became CEO of the bank.

Based on his background, Mr. Mike imagined him as a very aggressive and ambitious person. However, he was impressed to find him saying the following words one day:

"The important things for a banker are credibility, humor, and more importantly, humility." Mr. Mike continued by saying that humility is the key to overcoming the belief dilemma. He continued, "It is important to have an axis of judgment, but also important to always ask oneself whether my experience (of success) is that grand."

Mr. Mike also gave us an example of a Shogi game (Japanese style of Chess).

"Shogi was introduced to Japan about 1000 years ago and it has been 500 to 600 years since it became the current style we know today. The Shogi board is only 9 x 9 squares, which is a tiny space. Nevertheless, even after all these years, not all the moves have been identified and experienced yet. Methods that go beyond the limit are sometimes created. When I think about this, I feel a little humbled. I ask myself "do I really have enough experience in management?" I believe that's what Dennis was referring to by his words."

In other words, when we accumulate success stories and our beliefs become strong, it is difficult for transformative learning to take place, and as a result, formative learning might become very biased. For example, you believe you are obtaining new learning by reading a lot of books, but you might be inclined to select only those books that support and reinforce your beliefs.

There was a time when I felt I myself had stopped learning. I had nearly 20 years of experience as an executive coach and thought at the time that I could do quite well, which is an unconscious feeling that came on me gradually. I found myself reading less and less, and attending lectures and workshops by intellectuals less and less.

What brought me out of this stagnation was my encounter with Mr. Mike, who was the president of Mitsubishi UFJ Bank at that time. I was so impressed by his willingness to learn from anyone that it made me realize that I need to grow and improve myself.

Ms. Mike is a very confident person. What I learned from him is that confidence does not come from the mindset of "I know this much," but rather from the mindset of "There is still so much for me to learn. That's why I always ask people around me for things that I need to know. When I can learn what I need from the people around me, I can cope with any situation that comes my way."