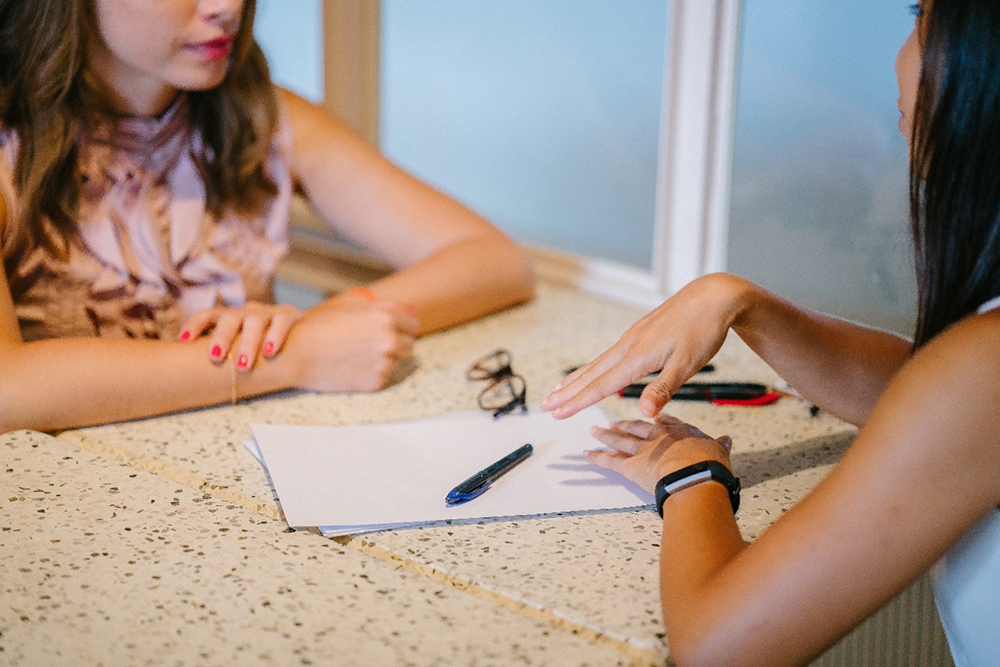 Many leaders avoid having difficult conversations because they are not sure how to start them. I’ve developed a simple formula that applies to many if not most of those conversations. My executive coaching clients say it is one of the most useful tools I’ve given them and that they’ve learned to consistently apply it with very positive results.

In training groups of leaders to integrate coaching skills, I give each table one of these statements:

The leaders generally laugh at the examples they’re given. They can see how those statements will most likely lead to confrontation and damaged relationships. But they sometimes struggle with how to rephrase with “neutral language.”

Hopefully, you can see that in the statements, the speakers already have made convincing cases to themselves that will likely generate negative and tense conversations that won’t go well. And this is also why the speakers may avoid even having the conversation out of fear of conflict or escalation.

After going through their examples, I suggest a simple formula: fact + curiosity.

You can hopefully see that these statements support real dialogue. What if, in the first example, the person says, “Yes, I’m really sorry about that. I care about our work and want to be a good team player. But I’ve been moving my elderly parents into a long-term care facility in the mornings, and it’s been hard to get back in town. It’s been a really tough time for all of us, but we’ll be done by the end of the week.” How would you feel after hearing that if you’d already put the person into a very negative box and were angry as a result? Perhaps you were taking it personally when it had nothing to do with you.

For practice, can you rephrase the remaining four statements into neutral language?

What makes this so hard?

One reason is that our minds are set up to make up convincing and compelling stories from limited data.

Here’s an example. I’m on the faculty of two coaching schools. At one of them, each module is one month in length, and a student is allowed to miss one of the four classes and still get credit. One time I saw a name on the student roster for a class. Everyone was there for the first class except for him. He missed the second class as well, so I dropped him from the course. The same thing happened a month later, and then two months after that. I wrote an indignant and very much not-neutral email to the registrar: “We shouldn’t let such irresponsible people be part of this program! There was a waiting list, and he took a spot that someone else could have had! We need to have a policy that if you sign up for two classes and don’t attend either one, you have to wait some period of time before you can sign up again! We can’t allow this behavior!!”

The message I received back: “This is someone with a severe medical problem. He genuinely tries to attend classes, but sometimes for reasons totally out of his control he’s unable to.” I felt like a jerk. Here I’d disparaged this person, thrown him off the island, only to find out that he was courageous and deserves only empathy and appreciation.

We do this all the time. As soon as we have a few facts, our brains quickly put together a convincing story to support those facts, based on previous assumptions about that person, about ourselves, about life and so on. And then we have an emotional reaction based on that story. I could instead have just applied fact + curiosity: “I notice this man has signed up for three classes in a row with me and not shown up. Do you have any idea why?”

This practice invites you to catch yourself in the act and ideally do so before you’ve run up a head of steam in the negative way you might be holding someone else. Or, if you have already done so, ask yourself if you actually know that your story is true, and if not, see if you can hold it lightly.

Try fact + curiosity. My clients consistently share how powerful it’s been for them.

Dr. Joel M. Rothaizer, MCC, www.clear-impact.com, is an executive coach and organizational consultant with extensive training and over 30 years’ experience in understanding the functioning of both organizations and the people within them. His focus is on leadership development, executive coaching and team/organizational effectiveness.

A licensed Psychologist, he is an Official Member of the Forbes Coaches Council and the ICF has designated him a Master Certified Coach, their highest credential. His work incorporates the Enneagram, Mindfulness, Practical Neuroscience, Adult Development, Polarities, Complexity and other capacity-building approaches.

About Our Coach Training Programs

What Tools Coaches Use